Advantages of AC Power and the Different Supply Frequencies Used 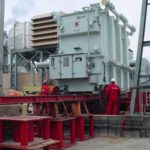 If you are interested in learning more about high voltage services and power supplies, you will encounter technical information about alternating current (AC), direct current (DC) and cycle frequencies. Any study of electricity would not be complete without mentioning these fundamental principles.

The modern method for supplying electricity began in the late 1800s when alternating current became the preferred choice for long-distance power transmission. Today, AC provides electricity to remote parts of the world and the most populous urban centers. In the early days of power generation and distribution, Thomas Edison and George Westinghouse had a fierce battle promoting the use of direct current (DC) and alternating current (AC) respectively. In the end, Westinghouse won.

Initially, Edison’s aggressive promotions to support his DC patents were successful. A number of cities generated and supplied DC power to customers. However, when electricity was required farther from generating stations, AC did a better job. Alternating current is preferable because it can transmit power more efficiently and at comparably lower voltages. As AC electricity leaves power plants, the voltage is increased significantly because ultra-high voltages reduce transmission-related losses. To provide electricity for normal household and commercial use, the voltage is subsequently decreased by a series of power transformers and substations closer to the point of use.

Alternating current describes the flow of electrons. AC gets its name because the electrons change polarity by alternating over time. This happens when the current shifts in positive and negative directions in relation to the baseline. A typical AC graph shows this transition as oscillating sinusoid waveforms. Current does not always form undulating sine waves. Graphs may show square, triangular and saw-tooth patterns as well as complex non-sinusoidal shapes.

Sinusoidal graphs also show the frequency of the alternating cycles. One cycle includes the entire positive parabola starting at the baseline and the entire negative parabola until the wave hits the baseline again. The number of cycles per second is measured in hertz, a system of units named after Heinrich Rudolf Hertz who first discovered electromagnetic waves. One hertz equals one cycle per second. This is the frequency. In other words, it measures the number of cycles in one second.

The output of power supplies is measured in volts and hertz. The United States and 42 other nations use frequencies of 60 hertz. Most other countries maintain 50-hertz supplies. Some countries like Japan use both. In the United States, the 60-hertz standard is critical for timekeeping accuracy. The importance of power regulation began in the 1920s with the invention of electric clocks powered by synchronous motors. Today, power producers must regulate the cycles and make small daily adjustments to prevent timekeeping errors.

Standards for generating and distributing power are strict in all markets. The ability to meet these requirements and provide a reliable source of electricity depends on equipment selection, substation design and planned maintenance. For assistance with selecting an approved power transformer and commissioning fast track power substations, contact Equisales Associates by calling 713-733-3999.